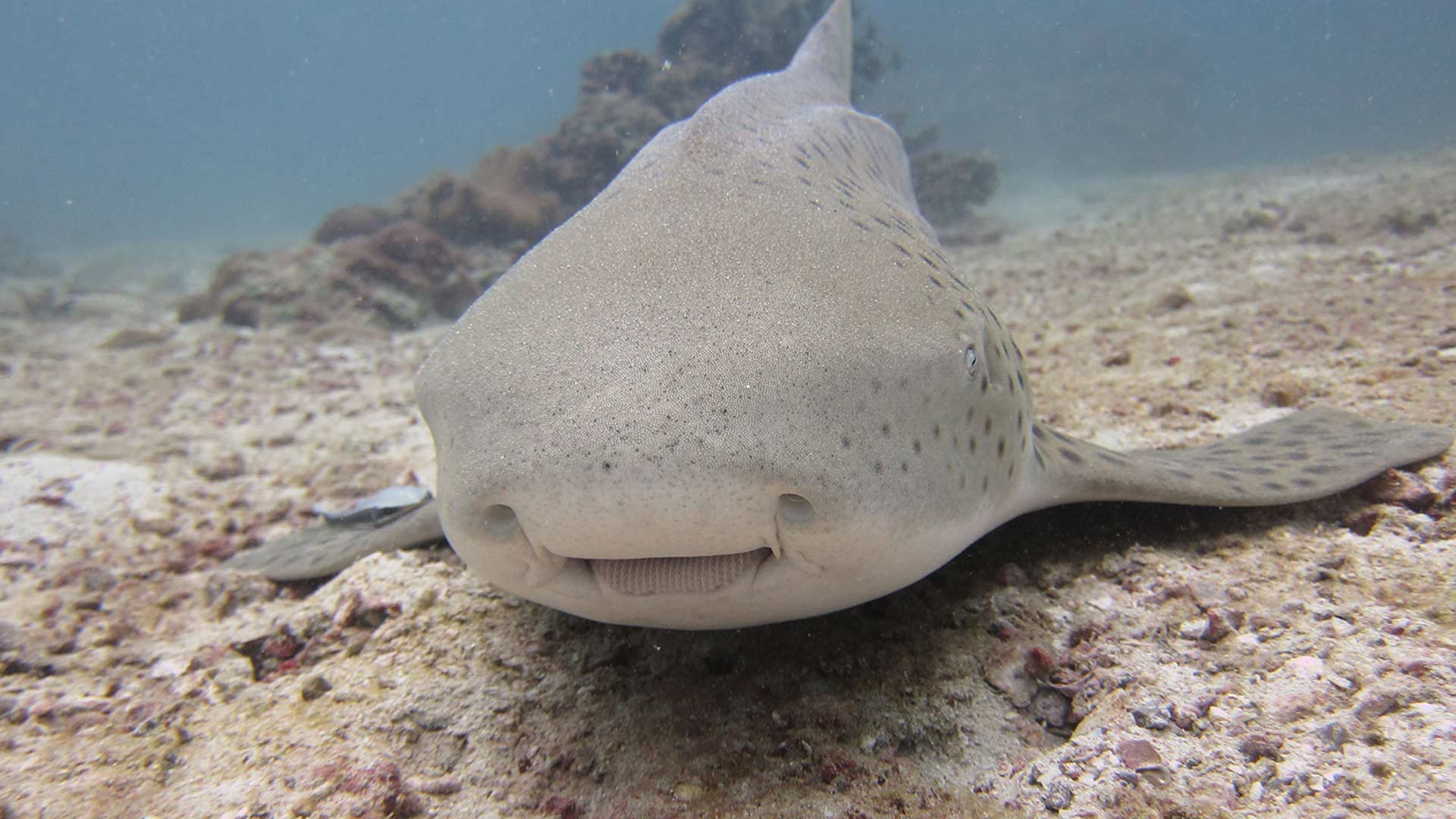 Why We Should Help Save All Sharks

Why We Should Help Save All Sharks

30% of sharks today are endangered. Here is a blog that will explain why we should help save all sharks.

Phuket and its surrounding areas are fortunate to have some wonderful sharks to go diving with. Black Tip Reef sharks and Leopard (above) sharks are possibly the two most common.

The Phi Phi islands often provide great sightings of Black tips with Palong Wall on Phi Phi Ley being one of the best. On a good day it is possible to see up to 20 or 30 sharks, which makes for an amazing dive. One of the best features of the black tips is that they are commonly located in shallow water and can be easily seen by even the most novice of divers and can often be seen by snorkelers as well. 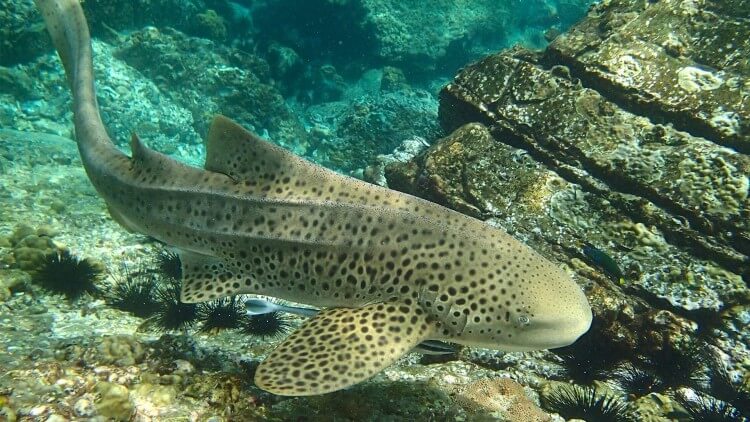 Leopard sharks are one of the most popular sharks in the area and are often found resting on the sea bed at around 20 metres. A favorite for divers as they tend to be quite lazy and are very tolerant of divers which makes them a great shark for photography enthusiasts and regular divers alike. If approached correctly divers can come within a few metres of a shark without the shark swimming away. The best place for Leopard sharks recently has been Phi Phi particularly Koh Bida Nok and Koh Bida Nai. Shark Point was named after the Leopard Sharks that frequented there however the numbers have been declining there in recent years. Anemone Reef has been known to have regular appearances and they can also commonly be found in the Similan Islands. Recently Leopard Sharks have been seen at both Koh Racha Noi and Koh Racha Yai.

The small grey Bamboo sharks can be located in many dive sites through out the area with large numbers of them residing at Koh Doc Mai where they can be found hiding under rocks and in crevices in deeper waters, around 20 metres or so. Bamboo Sharks take a bit of finding, as they are pretty clever at hiding. They are commonly found alone but at times they can be in groups of five or six.

White tip reef sharks are not to common throughout the region however they have been known to frequent the Similan Island and particularly Koh Bon.

The Holy Grail of sharks the Whale Shark do make appearances throughout the area. They do not frequent with any regularity although there tends to be a few more sightings throughout the day trip sites between the months of July and September. In the north Richelieu Rock tends to get a lot of sightings as does Hin Daeng and Hin Muang in the south.

Unfortunately as with the rest of the world Phuket’s and Thailand’s shark numbers have been reducing over the years. The exact reason in not fully known in Phuket but the assumption would be because of over fishing. The following extracts have been taken from the Project Aware Shark Conservation Distinctive Specialty Course. A quick course that can be completed in a day and gives you a real insight to the plight of the sharks. 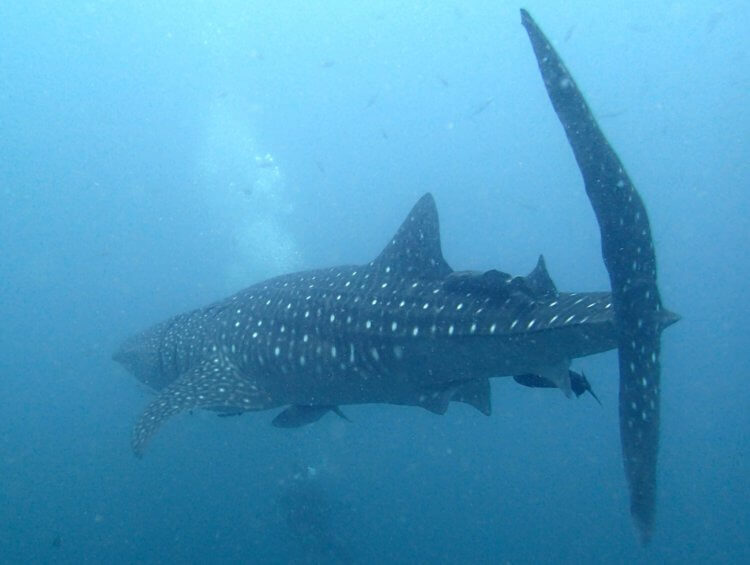 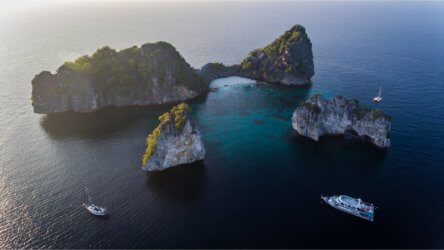 Here is a blog on the special charter of Aussie Divers Speedboat dive trip to Koh Haa on the 4th May 2018. [...] 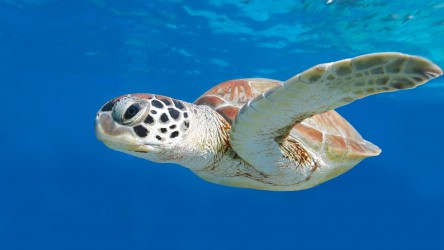 Are Turtle’s the Coolest Underwater Creatures?

See the coolest underwater creatures, our Green & Hawksbill Sea Turtle's whilst scuba diving in Phuket. Recently whist scuba diving in Phuket we have had many opportunities to dive with turtles. Each Time I have seen turtles they have the appearance of being the coolest creatures under the water. No matter how many scuba divers are around they never seem to get ruffled. They casually put on a show for scuba divers of all levels. Tur [...] 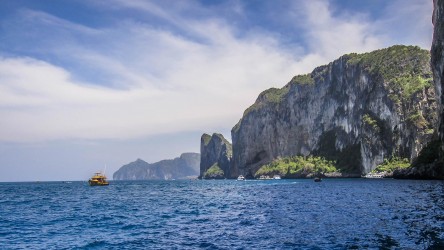 One of the most popular scuba diving day trips in Phuket is to the Phi Phi Islands. The islands are situated approximately 46 km’s east of Chalong Bay, Phuket. They are around 2 hours and 40 minutes boat ride on the larger day trip dive boats. The Phi Phi Islands are a group of 6 islands that make up the Hadnopparattara National Park. The Islands consist of Koh Phi Phi Don, Koh Phi Phi Ley, Koh Bida Nok, Koh Bida Nai, Mosquito Islan [...] 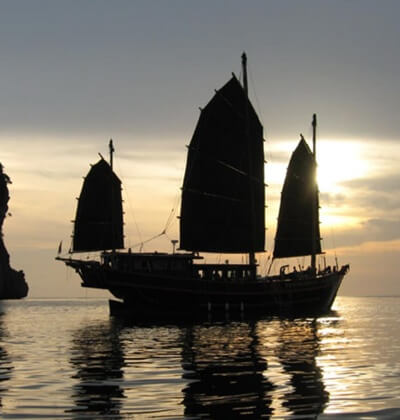 Weekend Getaway with The Junk

Looking for a perfect weekend getaway? Then enjoy a weekend getaway with The Junk liveaboard. Book a Trip on The Junk Liveaboard Today The Junk, also known as "June Hong Chian Lee" is one of Thailands premium liveaboard experiences. With the Similan Islands season finishing up for 2018/19, The Junk will now be offering the perfect weekend getaway's. Exploring the Southern Andaman dive sites around Phi Phi & Phuket during the West Coast's low season (May - October). The Junk Southern Andamand Liveaboard - Weblink This weekend dive trip will depart from Phuket every Friday morning & return to Phuket on Sunday evenings. Stop [...] 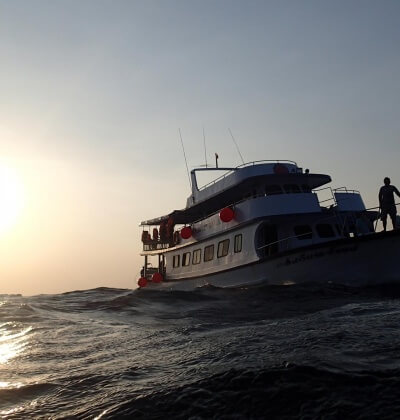 There are lots of different jobs you can work as a scuba diving pro, a boat tour leader is one. Go Pro with Aussie Divers Phuket: contact us Here in Phuket we have a vast range of day trip boats that hold a number of scuba divers and snorkelers ranging from 5 or 6 up to 60 or 70. As with any large group of people they need to be managed. On a scuba diving boat the boat manager is called a Tour Leader. Day trips run to sites such as Racha Yai, Racha Noi, Phi Phi, Shark Point, Koh Doc Mai and many more. Technically a Tour Leader does not have to be a professional dive instructor or divemaster however in almost all cases the [...]