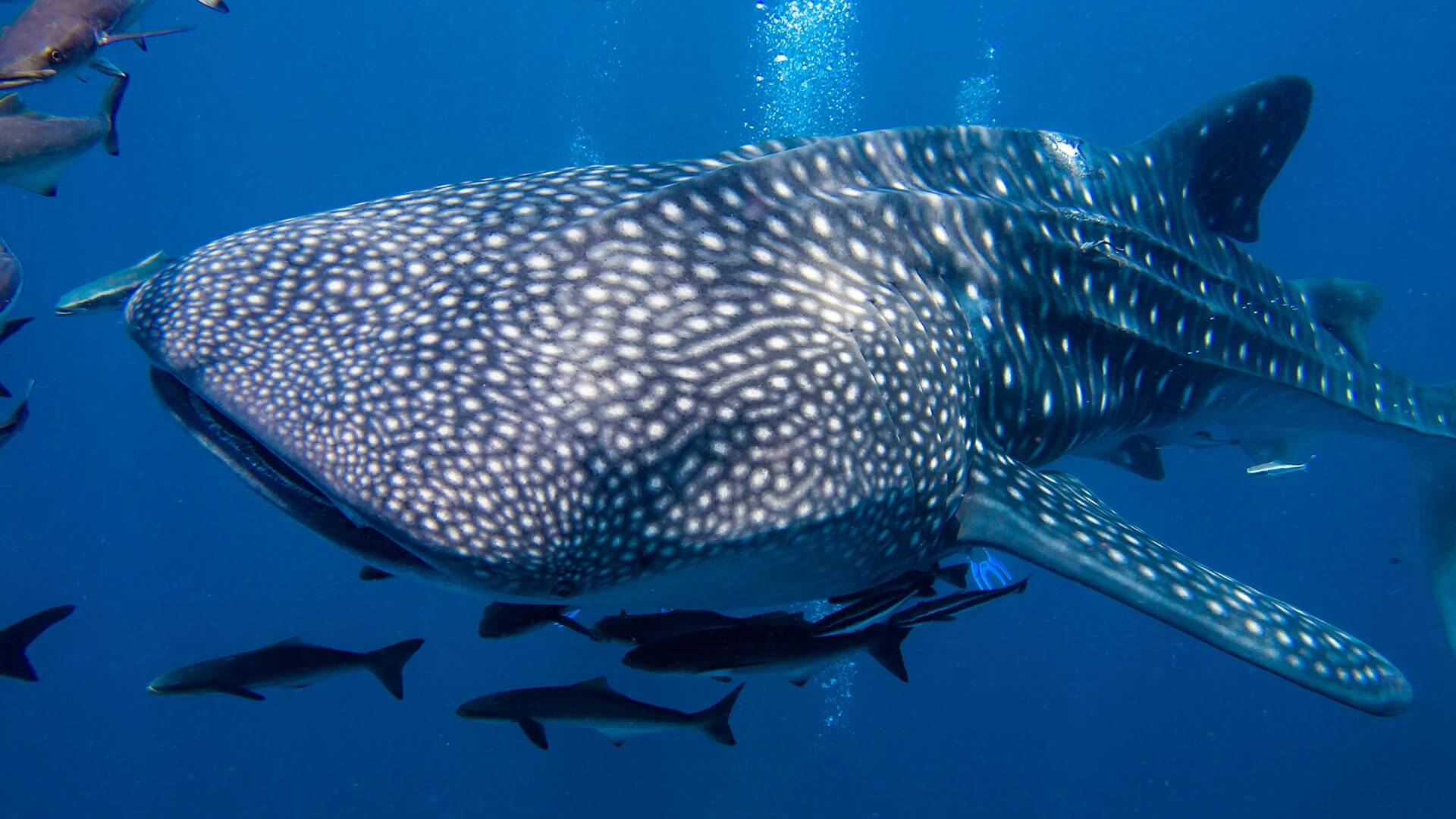 Can I see Whale Sharks Scuba Diving in Phuket?

Whale Sharks are the most majestic animal in Phuket & Thailand Waters

In this blog we will try and answer the question, Can I see Whale Sharks Scuba Diving in Phuket?

There are not too many seasoned scuba divers that don’t wish to scuba dive with a whale shark. They are the holy grail of scuba diving and the dream of many scuba divers both novice and professional.

Without any formal documentation it appears that sighting of whale sharks is on the rise from years past.

Although still a rare sighting, here in Phuket weekly sightings are now becoming common. As always, whale sharks do what they want, when they want wherever they want.

The 2013/2014 and 2014/2015 scuba diving liveaboard seasons have provided as much higher number of whales shark appearances than ever before. Conditions have been very good for these majestic creatures and the chance of seeing a whale shark have been dramatically increased when scuba diving off a liveaboard boat particularly at Koh Bon, Koh Tachai and Richelieu Rock. 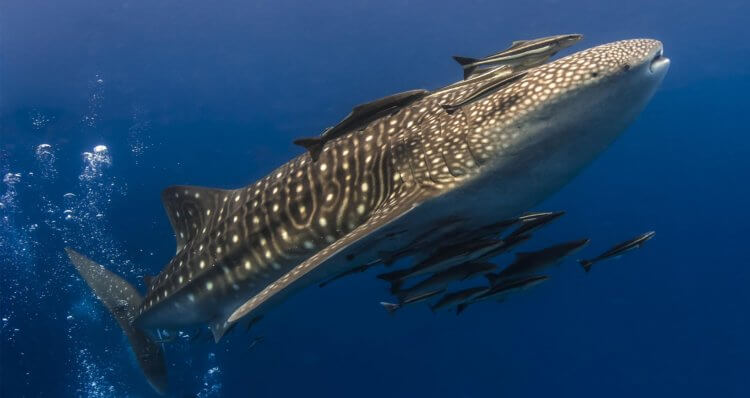 Scuba diving with whale sharks in Phuket Thailand is based on being in the right place at the right time and lady luck has the greatest hand in you seeing one.

Unfortunately Thailand is not blessed with the large numbers of whale sharks like the seasonal feeding aggregations such as Nigaloo reef in Australia, some Eastern areas of South Africa, Gladden Spit in Belize and Donsol, Pasacao and Batanges in the Philippines. 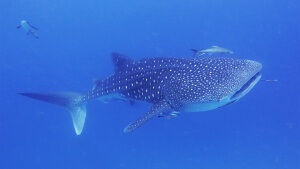 But Phuket does have some sighting but with no regularity or consistency. Some say that there are more appearances around Richelieu Rock to the north between the end of March and early April and reports around Hin Daeng to the south during the mid year but there is no firm or constant sightings.

In recent years the whale shark numbers have diminished mostly due to over fishing of sharks. It is reported that the sharks tail could fetch as much as USD $10,000 which is an obvious temptation for fishermen in poorer nations. 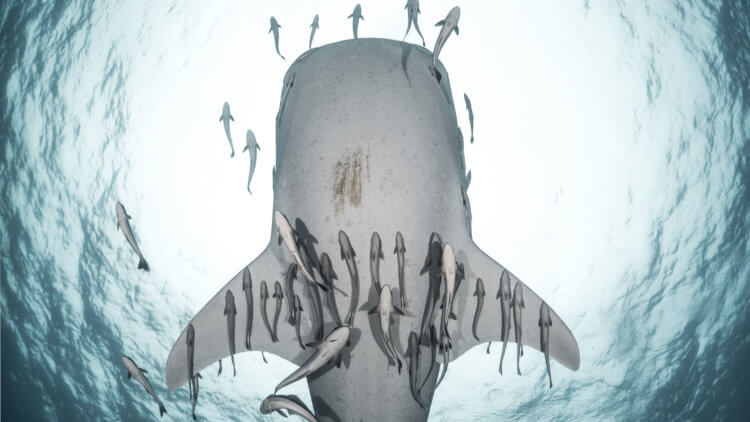 Numbers of the whale sharks are slowly starting to increase thanks to an international ban on the fishing of them and better education on the plight of these wonderful creatures.

However fishing is difficult to police and in February 2012 of the coast of Karachi in Pakistan, fishermen allegedly found a 12-metre whale shark floating about 150 km off the coast. The shark weighed over 7000 kg and was later sold for $25,000. There were able to avoid any prosecution due to the fact that they claimed that the shark was already deceased when they found it.

2011 was a good year for whale sharks in the Phuket, Thailand area with quite a number of sightings between August and September however in 2012 during the same period there were less than a handful sightings.

As with a lot of the big sea creatures, the whale shark produces and lot of wonderful stories of good luck and hardship. There are many instructors in the Phuket with 1000’s of dives in the area yet to see a whale shark and a lot of those have hardship tales of turning right instead of left or having one in the immediate area just not to see it. Yet I have spoken to two divers I know who both saw whale sharks with less than ten dives to their name. Two amazing stories of instructors I know come to mind, one friend who had been diving 38 years and been working on liveabaord boats before she saw her first one only to see one again a week later and another amazing story of a dive instructor who had been scuba diving for 43 years and saw his first whale shark at Phi Phi in 2011 only to do a third dive of the day at Koh Doc Mai and was fortunate enough to see another one later that day.

I also have an instructor friend who saw his fist whale shark after 11 years and at the time he was instructing two PADI Discover Scuba Divers who were 5 minutes into their first scuba dive ever. How is that for luck.

There is also a great story with a dive company that conducted a scuba dive at Koh Doc Mai with the first dive of the morning and were lucky enough to see a whale shark. The left Koh Doc Mai en-route to Phi Phi, about half way to Phi Phi they decided to divert to see a pod of dolphins that were in the distance. The their surprise when they arrive they were no dolphin but a pod of 7 whale sharks which there were fortunate enough to snorkel with for a period of time.

So as you can see you need a bit of luck to see a whale shark here in Phuket Thailand. But there is one thing for sure, the only place you will see one is in the water. So get out there and do some diving and hope that it is your lucky day. 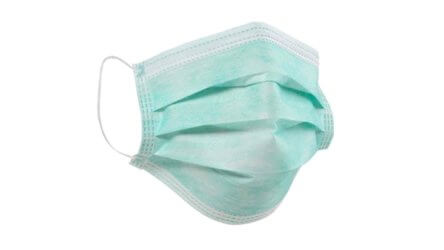 Scuba Diving Uses for a Face Mask Post COVID-19 The surgical face mask has been around for a long time. Until COVID-19 many of us had never worn one. Now the face mask has become a standard part of daily life for most of us. However, once COVID -19 is done and dusted, what will we do with all the left over face masks? Well hold on to those used face masks as we have come up with 9 exciting new scuba diving uses for the humble sur [...] 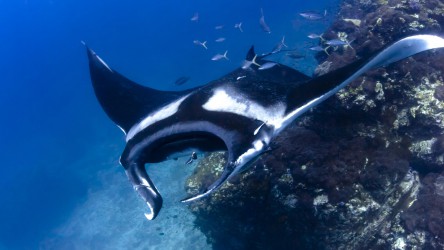 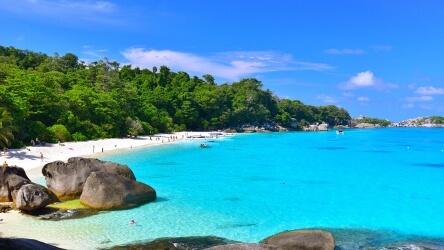 The fantastic and popular MV Pawara liveaboard is offering free nitrox for all (14) dives for her trips during the 2020 and 2021 liveaboard season. She travels out of Tablamu and travels to the great dive sites in the Similan Islands and other sites further north including Koh Bon, Koh Tachai and Richelieu Rock. She has four different cabin choices and has a reputation for excellent customer service. Enquire about a Pawar [...] 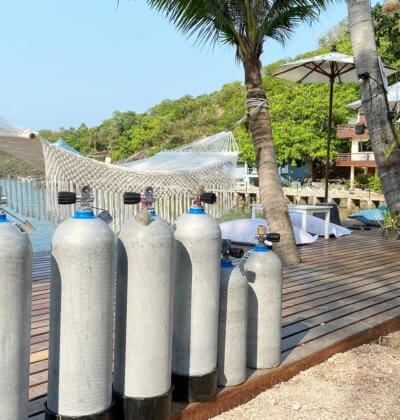 The scuba diving industry loves to speak positively of scuba diving. We love to talk of the magical marine live and tropical islands. However as fantastic activity scuba diving is, it does come with inherent risks and if the risks are not avoided accidents can occur and fatalities do happen.This is a part of scuba diving we don't often talk about. Here are Nine Expert Tips to Safer Scuba Diving. In 2015 Peter J Denoble MD., Dr.Sc, edited a report commissioned by the Divers Alert Network, titles Medical Examination of Diving Fatalities Symposium Proceedings. This report was produced with the assistance of a range of scuba diving expe [...] 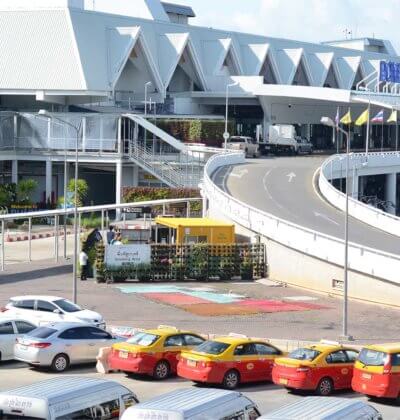 Travelling to and from Phuket International Airport

Here is a blog to make travelling to and from Phuket International Airport a little easier for you. When you first arrive in Phuket and have cleared customs and immigration you may now wonder how we get to your resort. Believe it or not this is a question we get asked quite regularly and although we can try to provide our own transportation this is not always feasible and customers will need to make their own way to our shop or their chosen resorts. Many people have the misconception that Phuket is a small island when in fact it covers an area of 222 square miles. It is roughly 31miles in length, 12miles wide and has a popu [...]